Mads Tolling and The Mads Men

Internationally renowned violinist, composer and two-time Grammy Award-winner Mads Tolling is a former member of the Turtle Island Quartet and The Stanley Clarke Band. As a leader in Mads Tolling & The Mads Men, Mads celebrates the music of the 1960s with his own distinctive style and innovative flair.

Mads Tolling & The Mads Men bring a fun and exciting program that is as nostalgic as it is contemporary, with re-imagined classic songs from 1960s television, film and radio.  Repertoire in Playing the 60s: Music of the Mad Men Era ranges from “Mission Impossible” and “The Good, The Bad & The Ugly” to “A Taste of Honey” and “Georgia on my Mind.”

Since 2021, Mads has been a member of Bob Weir & Wolf Bros project as part of the Wolf Pack with tours across the US, including at Red Rocks, The Greek Theatre and Radio City Music Hall. He is featured on Weir’s album Live in Colorado. Mads has written several arrangements of Grateful Dead tunes for the band, some of which are now also part of the Mads Men repertoire.

GRAMMY wins, four CMA Awards, four #1 country singles, and five gold albums (plus a platinum collection of her greatest hits). The dream almost ended though, when Mattea entered her 50s and began to find her voice changing.

What followed was a three year journey through life challenges and vocal glitches that she describes as her “dark night of the soul,” a trying time of personal anguish and professional uncertainty that threatened to silence her permanently.
“The hardest thing was facing the question of whether I would still be able to sing well enough to enjoy it. That was the acid test for me, and I had to be willing to walk through a process that bumped me up against the very real possibility that, in the end, the answer might be “No.”
Instead, Mattea dug in with a vocal coach, re-committed to her music, and emerged with the most poignant album of her career, “Pretty Bird.” Working
with her old friend, music roots wizard Tim O’Brien, producing, “Pretty Bird” is a chronicle of her journey, song by song, back to singing for the sheer joy of it.
It’s an emotional, moving collection, one that draws its strength not only from Mattea’s touching performances, but also from her uncanny ability to weave seemingly disparate material into a cohesive whole. From a playful take on Oliver Wood’s “Chocolate On My Tongue” to a tender rendition of Mary
Gauthier’s “Mercy Now,” from a British traditional to a Bobbie Gentry classic, these are the songs that helped Mattea reclaim her voice, and she inhabits
each as fully as if it were her own.
Exquisitely arranged and delivered with the kind of subtlety and nuance that can only come from a lifetime of heartbreak and triumph, ‘Pretty Bird’ is a title Kathy Mattea inhabits quite literally, and it’s a welcome reintroduction to one of country and Americana music’s most enduring and beloved figures. 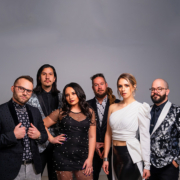 Six Appeal is a world class vocal ensemble infused with impeccable comedic timing and the energy and vitality of a rock band. Swearing off instruments, the award-winning vocal band Six Appeal takes you on a journey that spans decades of music, performing classic oldies, current chart toppers, and catchy original tunes – all sung a cappella. Featuring vocal dexterity and adventurous song selection, this remarkably talented sextet of young singers navigates multiple genres of music with a wonderfully eclectic repertoire that is guaranteed to captivate and entertain audiences of all ages.

Despite their cheeky group name, the antics of these six young people provide a good-natured atmosphere for their electrifying performance. A Six Appeal show will split your sides, feed your musical sweet tooth, and leave you wondering how in the world they pulled it off just with voices. In the spring of 2012 Six Appeal achieved the title of National Champion at the National Harmony Sweepstakes A Cappella Festival in San Rafael, CA. In addition to their 1st place win, they also won the award for Best Original Song as well as the coveted Audience Favorite award. Fast-forward a few years and Six Appeal is now the reigning world-champion (for the second consecutive year) from the acclaimed Moscow Spring A Cappella Festival in 2018 & 2019 (considered the largest a cappella festival in the world). 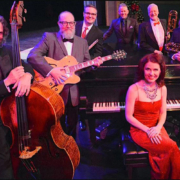 For over 20 years, the acclaimed George Maurer Group has been consistently packing the Minneapolis’ Dakota Jazz Club and Midwestern theatrical venues to capacity, mixing just the right proportions of refinement and fun, playing straight-ahead jazz with their trademark lighthearted flair. Their music adds a note of elegance – and a nice dash of energy – to your evening, and their repertoire of swinging classics by legends like Duke Ellington, George Gershwin and Cole Porter packs the dance floor set after set. The George Maurer Group’s seat-of-the-pants musical style and witty between-song banter fills the room with contagious enthusiasm. 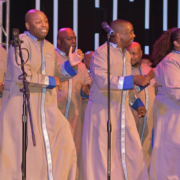 With the soulful force of a traditional gospel choir, the Chicago Mass Choir® has thrilled audiences around the globe with its penetrating vocals, dynamic musicianship, and stirring messages of hope and encouragement.

The Chicago Mass Choir has had no less than seventeen albums reach the Billboard gospel charts.  It has garnered two Grammy, three Dove, and more than ten Stellar Award nominations.   The group has appeared on several television programs, including BET’s Bobby Jones Gospel, Windy City Live and the Allstate Gospel Super Fest.